NIL Technology have long and thorough experience within mastering and fabrication of high precision gratings. We can help you through the entire process of design, fabrication and replication.

Diffraction gratings, including line and dot gratings, blazed gratings and slanted gratings, with extremely precise accuracy and excellent uniformity are our specialty and can be customized to suit your optical applications. 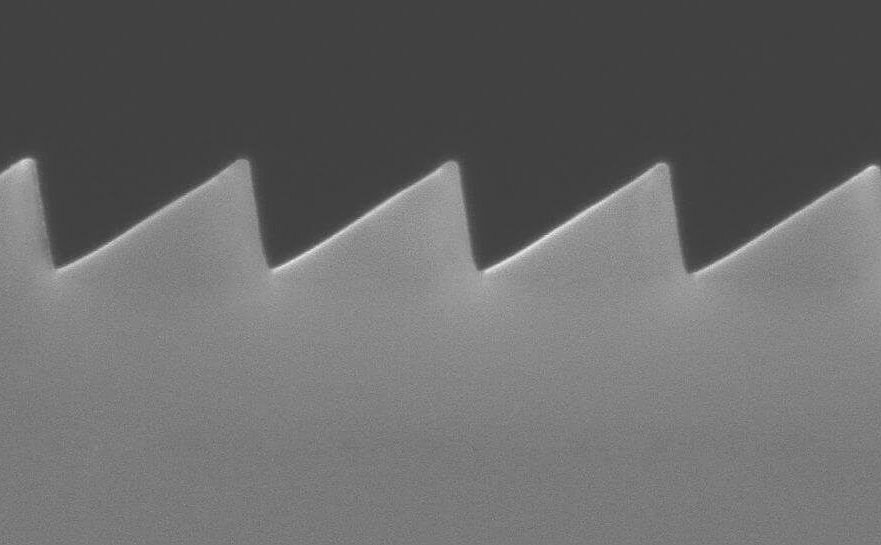 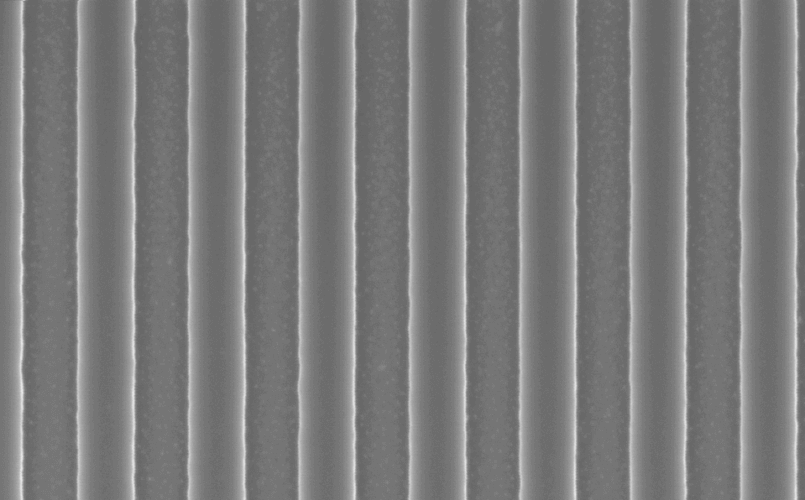 High precision diffraction line grating. We have thorough experience with mastering of this type of grating and you can expect top quality gratings from us.

Why choose NILT to make your diffraction gratings?

Our expertise is design and fabrication of high-precision nanoscale features and complex optical structures. We have many years’ experience in production of gratings and we have ongoing, close relationships with major high-tech companies that use our gratings for optical applications in innovative new products and research & development.

Our competencies with diffraction gratings include:

The fabrication of gratings is extremely advanced. We have many years experience in this field and we excel at this process. We are able to tune the key parameters of the different types of gratings to fit the desired application. Thus, no matter what type of custom diffraction grating you need, we will be able to fabricate it.

NIL Technology can be your partner through the whole journey, from idea to design and production of the optical part. We offer design, prototyping and manufacturing solutions, serving both large corporations and academic researchers.

Illustration of the diffraction of light by a binary line grating and a blazed grating. It is for this particular example assumed that b=Λ /2 and d=λ /(2(n-1)) which gives a phaseshift in the light by ϕ=2π(n-1)d/λ=π. Therefore, light will only be diffracted in odd diffraction orders.

Use of custom made diffraction gratings

The shape, pitch and depth of the structures, as well as the wavelength of the light, determine the diffraction properties of the gratings. The parameters can be chosen depending on the application the grating will used for. Our custom made diffraction gratings include both binary line gratings, blazed gratings and slanted gratings.

Binary line gratings are typically used for spectrometerss. Since the diffraction angle is dependent on the wavelength of the incoming light, every wavelength will be diffracted in slightly different directions. This of course demand a high degree of uniformity and symmetry to achieve high efficiency.

Blazed and slanted gratings are commonly applied as incoupling gratings for waveguides used in AR/VR/MR displays.

For these types of gratings, the slant and blaze angle control the diffraction angle while depth and pitch accuracy determines the efficiency. The optical response of the binary grating compared to a blazed grating is illustrated in the figure below. Binary line gratings diffract light in several directions due to the symmetry of the structure, whereas blazed and slanted gratings diffract in a single direction.

Click on headline to read more our custom diffraction gratings

What are diffraction gratings?

Diffraction gratings are periodic structures that diffracts light in only a certain number of discrete directions. For example, if you shine laser light through a diffraction grating and onto a wall, you will just see a number of spots on the wall.

The angular location of the spots are solely determined by the grating equation, which relates periodicity and wavelength to the number and position of the spots (called diffraction orders).

In this equation, d is the period, m (integer) is the so-called mode, θm  is the angle at which light will propagate for the m’th mode , and λ is the wavelength. Only the modes where θm is at an angle between -90 to 90 degrees will be visible.

The unique property of having light only in certain orders makes the diffraction grating a key component in many optical systems. Since the angular position of the diffraction spot changes with wavelength (according to the grating equation), a white light source will be split into its spectral components at different angles. This makes gratings a crucial component in devices such as spectrometers or for fine tuning of laser wavelengths.

Get in touch with us

...and we'll get back to you as soon as possible.